AMA [AMA]My name is David Wood of London Futurists and Delta Wisdom. I’m here to talk about the anticipation and management of cataclysmically disruptive technologies. Ask me anything!

After a helter-skelter 25-year career in the early days of the mobile computing and smartphone industries, including co-founding Symbian in 1998, I am nowadays a full-time futurist researcher, author, speaker, and consultant. I have chaired London Futurists since 2008, and am the author or leadeeditor of 11 books about the future, including Vital Foresight, Smartphones and Beyond, The Abolition of Aging, Sustainable Superabundance, Transcending Politics, and, most recently, The Singularity Principles.

The Singularity Principles makes the case that

I'll be answering questions here from 9pm UK time today, and I will return to the site several times later this week to pick up any comments posted later.

Robotics Exclusive: Boston Dynamics pledges not to weaponize its robots

Energy Tesla Megapacks Arrive In Hawaii, Kicking Coal To The Curb | Tesla's Megapack battery system is stepping in to fulfill the state’s power requirements after the last shipment of coal.

Energy Hyundai opens reservations for the first "hotel" powered entirely by EVs, complete with a restaurant, bar, and cinema

Energy Many scientists see fusion as the future of energy – and they're betting big.

Environment This New Hydrogen-Powered Sailing Catamaran Cruises Emissions Free While Generating Its Own Fuel. The 80-footer will also feature Sunreef’s patented “solar skin”— which will see the world’s lightest solar cells fully integrated into the bodywork

AI Artificial intelligence may improve suicide prevention in the future

AI UNSW researchers have shown that artificial intelligence could be more accurate than conventional methods of predicting suicide risk and may improve suicide prevention in the future.

Economics The Climate Economy Is About to Explode: New report suggests that the Inflation Reduction Act could be even bigger than Congress thinks.

Robotics Attack of the pizza-making robots

Society if there can be a world where everything is possible, everything must be possible? (Stable Diffusion)

Stable diffusion is quickly catching on in the worldwide community. A model with which you can create any kind of content on an image level and I imagine soon also on an audiovisual level (it may not be stable diffusion but the step is short) and maybe one day even 3D models.

Being able to create any content, even at a realistic level, from nothing, without prior knowledge, means increasing our power of concretising the imagination to levels never seen before. I won't go into possible examples, they are easy to imagine.

But what can it mean? Let us go to the safest example: child pornography. Virtually anyone can create such content and sell/trade it, thanks to stable diffusion - like models. It is the old example of life in cyberspace: if there can be a world where everything is possible, everything must be possible?

Now with stable diffusion, at least on the level of image content, this question becomes more pressing. What do you think?

(Stable diffusion is only taken as a real example, I know that the creators have equipped the model with a security filter, but I guess it is easy to avoid). 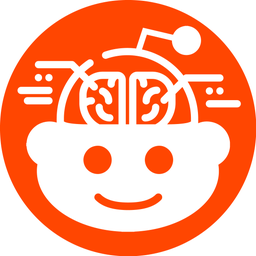 Welcome to r/Futurology, a subreddit devoted to the field of Future(s) Studies and speculation about the development of humanity, technology, and civilization.