An interesting/depressing discovery about Fan Costumes '06

So an interesting titbit about one of the Fan Costumes videos; there was someone who was responsible for a costume seen only on the website's "thumbnail" image for that video who has actually not been credited on the Homestar Runner Wiki's page for it.

This was a guy called Nik, going by u/omelettecounty on Twitter. He'd mention a few times on there that he was actually the person in I believe Fan Costumes '06's "secret" costume of Homestar, intending to make a list of all the weird places around the internet that he popped up in. He even posted his own video of doing a Homestar impression whilst in the costume, talking through a large, flappy costume mouth; shot way more recent than 2006 as the quality wasn't potato-ish. And incidentally, he'd once again catch official notice from Homestar Runner as the Strong Bad Twitter replied to a drawing he made of Strong Bad kicking Homestar.

I followed this guy on Twitter and we'd interact positively with each other quite a bit. But as you may already know, u/omelettecounty Nik has long since been outed as being a sexual predator. This naturally caused him to nuke all of his online presence (for the most part...), including his Twitter and the Tweet that u/StrongBadActual engaged with in the first place.

So when it comes to verifying that he indeed unfortunately contributed to a tiny part of Homestar Runner history for the Homestar Runner Wiki's page on the video, we're in an awkward position. Though an account can get deleted on Twitter, searching the handle alongside whatever keywords you want can still come up with Tweets that interacted with the account. This has let me find this conversation where it's pretty clear that the context was Nik talking about his official Homestar Runner costume, to which someone's surprised at this factoid and also talks about Homestar Halloween costumes. I'm not sure if you're able to retrieve the URL of the parent deleted u/omelettecounty Tweet, so that would've been very helpful in conjunction with this next part.

The other way I can think of to retrieve an u/omelettecounty Tweet that proves he was the person in costume is by using the Wayback Machine. Searching his handle into archived URLs shows many of his Tweets, but it's many, many, MANY of his Tweets that you'd also have to click on the individual archivings of. So it's possible there's an archived Tweet we could use, preferably the one with the video of the costume, but we'd have to dig deep. And from the ones I've looked through so far, most of them only retain the text code of the page itself.

The latest Advent update is out

homestar runner but in dall-e *breaths in* AHHHHH

Switchfoot referenced Lil Brudder on one of their christmas songs.

Not a huge thing but I thought it was funny.

My daughter made her new stocking tonight. I’ve successfully passed trogdor on to the next generation.

Today is the twentieth anniversary of Teen Girl Squad!

Picture of his self on his self!

The musical Decemberweenvent Calendar just released, with a different piece of Homestar Runner sheet music to be added every day up until the 24th. I decided to do a mini-remix of the featured song every day, for as long as I can keep it up.

This post will be edited each day as more sheet music is unveiled.

Came up with this concept of what if Strong Bad ruled over Free Country, USA

The Stick has mutated into The Big ol' Tree.

Strong Badia has also changed greatly:
The population has tripled to “Population: Tire, Bundt Cake Pan, and Coach Z"
The Stop Sign and the Cinder Block broke up.
Strong Badia has developed a world-class hole (Where the Of Town lays trapped in a box filled with peas in the "impenetrable diaper crust" layer)
The Cheat painted a mural reading "Fireworks or Die"
The tire has beaten Strong Mad and won "the title"
The Pizz has been upgraded to an actual pizza joint and has become the most popular pizza joint and has surpassed every other eatery in Free Country.
Strong Bad's Mount RidesPlace! USA has finally been built
The Strong Badian Administration of Some Aluminum Foil has been upgraded into an actual space station
Action Cool 5 has been upgraded into a proper news station
Strong Badia also has a proper monument of Strong Bad himself

The Sbemail hall of fame:

The Dungeon:
There is a dungeon where Trogdor is kept.

Kevin DuBrow (Homestar Runner)
Kevin DuBrow is a publicly humiliated criminal fugitive without a girlfriend who lives in a Jolly Dumple costume on the outskirts of the field. He wears a red shirt without the white star. His catchphrase is “That’s bupkis!”

Pom Pom is pretty much as he was before the takeover, expect now he looks like an ABA basketball. Also, all of his girlfriend’s left him after Strong Bad impressed them with his new style.

Marzipan
Marzipan is constantly hypnotized by special messages left on her answering machine and plays nothing but death metal on her guitar.

Strong Sad
Surgically altered against his will to have horns and a tail. His hands are glued to his butt, and he is constantly whining.

Strong Mad
Is pretty much Strong Bad’s underling and bodyguard. Stays away from The Big ol' Tree.

Bubs
Is now a licensed unlicensed seller. His prices have tripled, and he gives away free flamethrowers that shoot imitation chocolate hundred-dollar bills. .Nofoolin’

(King) Of Town
The Of Town is buried under Strong Badia in a box filled with peas.

He sits in the throne room, on piles of broken computers and unused emails, high atop Le Restige, which has gold nuggets on it, a dozen cup holders and some of those velvety cushions. The throne room has a puffy white cloud border to it.

He still checks emails (most of which are people worshipping him and his greatness), but if he gets an insulting email, he has that person delivered to him personally so he can decide their punishment. However, this is only if the sender is in FCUSATSBFW at the time the email was sent.

All of the Strong Bads featured in sbemail alternate universe (except senor Cardgage and Stinkoman) surround the throne and constantly bow down to him.

Is the website extra janky or broken for anyone else?

For a while now, several parts of the website have been incredibly glitchy or unavailable. Examples include

-The neon 404 screen appearing every time I click on "games",

-The frequently asked questions under email taking 10 years to open, then combining every page into a messy multi-layered page

-Some toons just not playing, such as some of the puppet episodes

-None of the downloads downloading anything

Anybody know why? I tried on Chrome, Firefox, and Internet Explorer all to the same result. Is it just a quirk of Ruffle emulating a dead flash that can't be fixed?

Has anybody recorded a video doing the Rocoulm path in Homestar Hide n Seek?

Bluster in need of some beefy arms

homestar runner x save the doge

Hey Homestar, I got you a Decemberween present

Does anyone have a copy of "Blow Out on Ham Beach"?

For those uninformed, in the late 90s Matt Chapman was in an indie rock band titled "The New You." They only made one album in '98 titled "Here’s Where Things Turn Around," which made its way onto the Thorax Corporation mp3 Index on April 22, 2010. Nowadays, the links to download the songs only lead to a 404, but thankfully most were archived in 2019 via Wayback Machine. Only one didn't make it: Track 3: "Blow Out on Ham Beach" So I was wondering if someone happened to have downloaded a copy before the great 404 of doom, so that it can still be preserved and not lost to time.

UPDATE: It's been found! Shoutouts to Hayzi Fantayzee from the HRWiki for providing it!

yo guys, I just found the perfect costume for Strong Mad to dress up as next Halloween 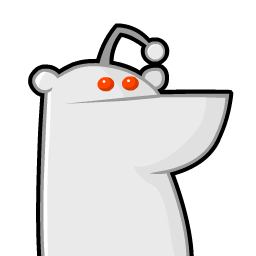