This is the thread to talk about your Shabbos, or just any good news at all.

Nathan Fielder is a Genius

Gifted a plate by a friend, but worried it is adorned with a christian symbol, any idea?

Safe Space What form of Judaism do you practice (Orthodox, Conservative, reform, Chasidic etc.) and why did you choose this? Tell me about it

I’m curious. I’d like to hear from you what you practice and observe, why you chose that IF you chose it and what it’s like for you.

Nonsense How often do you (or your close family) use Yiddish words in everyday speech?

I do it all the time, but you never hear these words anymore. The old-timers got a monopoly on these endearing words.

Do any Breslovers know if people are planning to go to Uman this year? Sorry if that's a ridiculous question

I don't know if it's painfully obvious, it sounds very unlikely to me but I wanted to confirm, I know people have gone in other dangerous situations and didn't know if there were any plans or anything for this year

I learned today that the process by which a fig grows inevitably involves a wasp dying and being absorbed by a fig.

Consequently, does this mean that by eating a fig one inevitably consumes a wasp, which is unkosher?

This is the bidiurnal politics and news thread. You may post links to and discuss recent any stories with a relationship to Jews/Judaism in the comments here.

If you want to consider talking about a news item right now, feel free to post it in the news-politics channel of our discord. Please note that this is still r/Judaism, and links with no relationship to Jews/Judaism will be removed.

Rule 1 still applies and rude behavior will get you banned.

I am an, educated, active and practicing Reform Jew who is quite comfortable in more traditional synagogues, but i have knowledge gaps here and there. I attended an Orthodox Synagogue today to celebrate a simcha in my wife's family and as I followed along with the Torah reading something struck me as odd.

The second Aliyah was excessively long, 2+ columns on the scroll being read (per my son who had the Levi Aliyah as part of the simcha), while the third Aliyah was all of a standard size paragraph. Why is it broken up so unevenly. The Asarei Dibtot are in Aliyah 4 and the Shema began Aliyah 5, so it has nothing to do with those important pieces.

Antisemitism How to deal with a special kind of antisemitic ignorance?

Question and a bit of a rant.

I'm a secular Jew. My grandparents are both Holocaust survivers and still alive. I grew up without a father so they raised me and I feel deeply connected to them. We see each other at least once a week and I currently follow a little project where I interview them on video to secure their memories. It takes a lot of emotional energy and I feel the generational trauma very intensely at the moment.

I found a way to process this by educating people. The good thing is that many people are willing to learn, especially in Germany, where I live.

Take the cultural marxism trope for example. There is no doubt that it is inherently antisemitic but people sometimes claim it isn't because they don't mean it that way and if you tell them, they are sometimes offended because they think you accuse them of hating Jews, even when you explain that you don't think that and that you are just pointing out that the narrative they share has an antisemitic core they don't know about and that it works as a dog whistle for antisemitic circles.

Another example that comes to mind is a debate with Richard Dawkins and the late Rabbi Lord Jonathan Sacks in which Rabbi Sacks tries to explain to Richard Dawkins that he reads the "old testament" in a christian way and that his interpretation and sole focus on the "G*d of the Old Testament" in one chapter comes from a christian perspective that is antisemitic. Dawkins is deeply offended and doesn't understand what the Rabbi is talking about - because he doesn't understand that he's a christian atheist who argues against an antisemitic caricature of Judaism.

Other examples are they Great Replacement, the "Globalists" trope and many more. So it's not about people using badly connotated words or being pc. It's about narratives and worldviews that have been and are still used to murder Jews.

Now my question. How do you deal with this and how do you make these people understand?

I sometimes try to explain it to people in a calm way, provide data/information and tell them that I don't think of them as being antisemitic but I want to inform them that they use something that is antisemitic. I often find it difficult because they can sense that I'm annoyed by it and accuse me of being impolite or "too stressed out about something completely unimportant."

Of course I'm annoyed because I'm traumatized, because I have seen this crap a hundred times and it get's really annoying over time and because I find it a bit irritating that I have to explain it to them when it should be their responsibility. Sorry that I'm a little bit on the edge here, coming from my grandparents and trying to explain to a german person why I don't want them to share antisemitic conspiracy theories.

Anyways. Thanks for reading. I just had an encounter with someone like this and writing it down has helped a lot already. But any advice for future encounters is appreciated.

Antisemitism do you think a pagan Europe-Arabia could be more or less antisemitic?

Basically I was talking with a rodnoverian east Europe friend, he say me that if europe and arabia never converted to christianity or islam probably antisemitism remain practically in inexsistence, what do you think of his opinion?

The existence of G-d, the utility of religious observance and the concept of an atheist Jew.

I have been a long-time, non-Jewish lurker* in this sub. I have posed a question before, and I hope you won't mind if I inquire again.

I found so many of the comments in this thread fascinating, although not in a way that is directly on point with OP. This comment, has me thinking, but wanting to better understand:

I think Christianity crumbles because the theology is so focused on belief. If Christian people would just focus on the fact that they go to a nice gathering, sing and think about spiritual things, and whether G-d as we understand that concept really exists is not that big of a deal, it would be as sturdy as Judaism.

Is it common for some Jews to be religiously observant but agnostic as to specific questions about G-d or His existence? Is the idea here that religious observance provides a utility and that utility has inherent value independent of the existence or nature of G-d or the super natural? Is the utility spiritual, super natural, communal, or all of the above? Also, some of the comments touch on the idea of being a an Atheist Jew. I had always understood that to be a Jew who embraced the cultural and ethic identity of Judaism, but who is atheist, non-observant or non-religious. But in reading some of the comments I sense that I have possibly misapprehended this. I would like to better understand this concept.

Thanks in advance. I recognize it is Sabbath, I hope that me posting here today isn't a problem.

*I am a committed, devout Mormon with non-literal belief. I love learning about other religions and have found this learning to add meaning to my faith and my understanding of others. I have learned a lot by lurking and reading this sub in particular. And it's just flat out interesting.

I'm Jewish And have to do surgery next month. my Jewish land lordTold me I Have to leave The apartment tomorrow. Can anyone speak with him?

Art/Media Support my friends' first original song! (Everything comes from you HaShem)

Historical When & why did Jews start wearing suits & top hats?

your flair here Where can I get a simple gold or silver star of David necklace, in store?

I'm wondering if this is something I can find easily at a chain jewelry store in the US (Zales, Macy's, etc), or if I need to go to a Judaica store specifically.

We found these signs while cleaning the storage room in our Shul. Does anyone know what they might have been used for?

Aaron & the golden calf in Exodus

Why was Aaron never punished for teaching the erev rav idolism? Do you think it may have been a ploy on his part?

Can you casually study Torah

If I’m just sitting in a waiting room or in the car can I read Torah with commentary or Mishnah etc or do you need to be in a more formal environment? Thanks 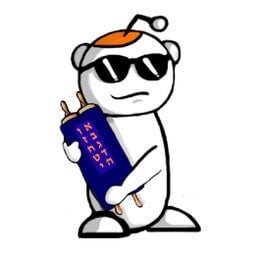 A Rabbi walks into a bar...

The place for anybody and anything Jew~ish